It's been a pretty productive week!

On Tuesday, I concluded that it was time to re-enable nightly builds. The usual caveats apply: *these are unstable, may not work, saves probably won't survive upgrades, and a LOT of the game is yet to come - so view it as a tech demo gradually evolving into a game*. With that said, I also wanted a better solution than throwing builds up on a creaky old server in our data center - so I put the game up on [itch.io](https://thebracket.itch.io/nox-futura). I did an absolute minimum of promotion, the game isn't even remotely ready for that (and Windows only for now, I'm 99% of the way to getting Linux/Mac back on the supported list but testing is required). So I was pleasantly surprised to see a few downloads (29!) and the analytics system start to show some data.

Most things you do in game are a simple matter of "collect component, take it to workshop, roll skill, run reaction, enjoy result." Some things (mining, lumberjacking, farming) work differently - and I wanted to make their handling both more explicit and more obvious.

Screenshots from this build 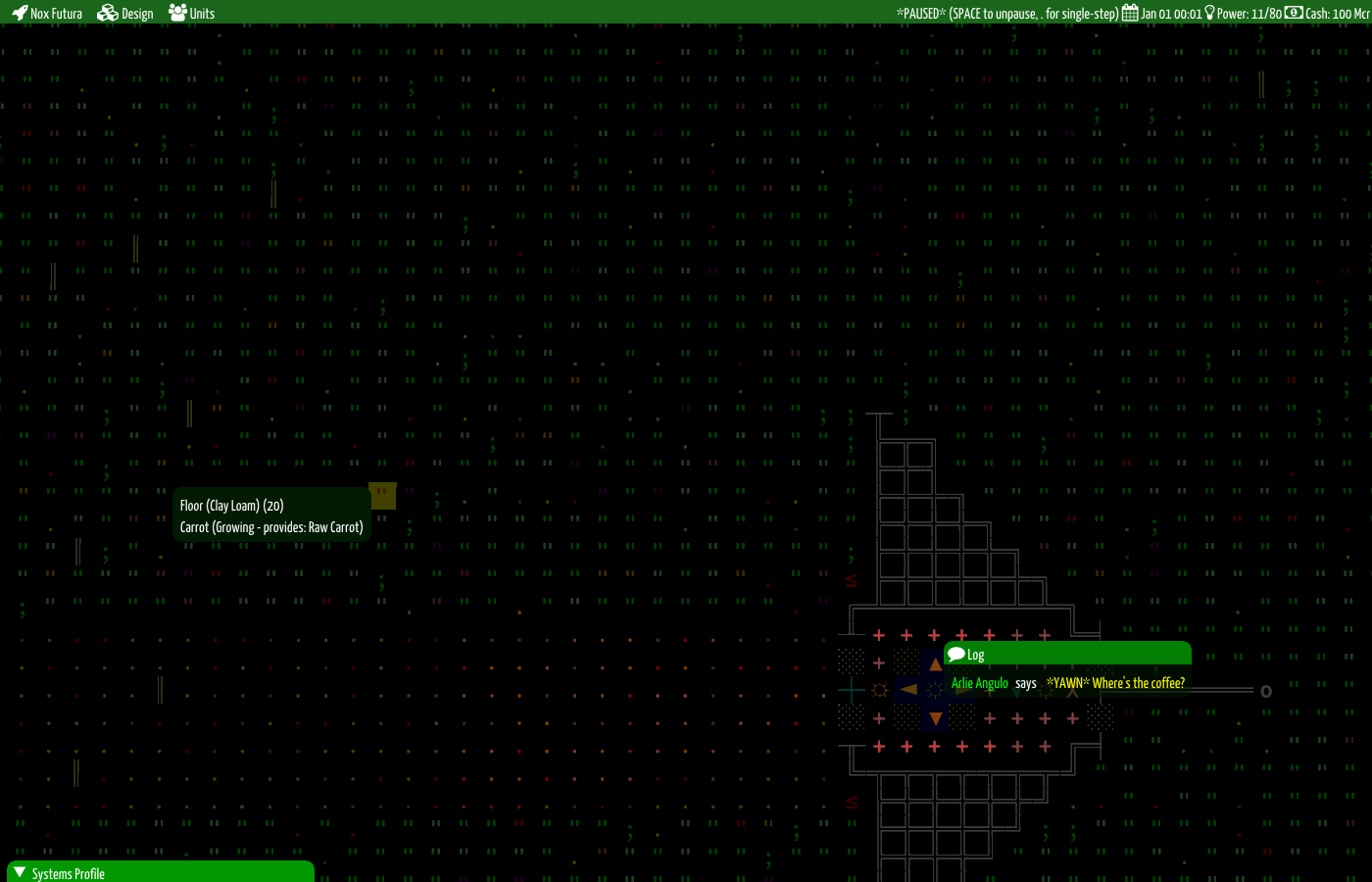 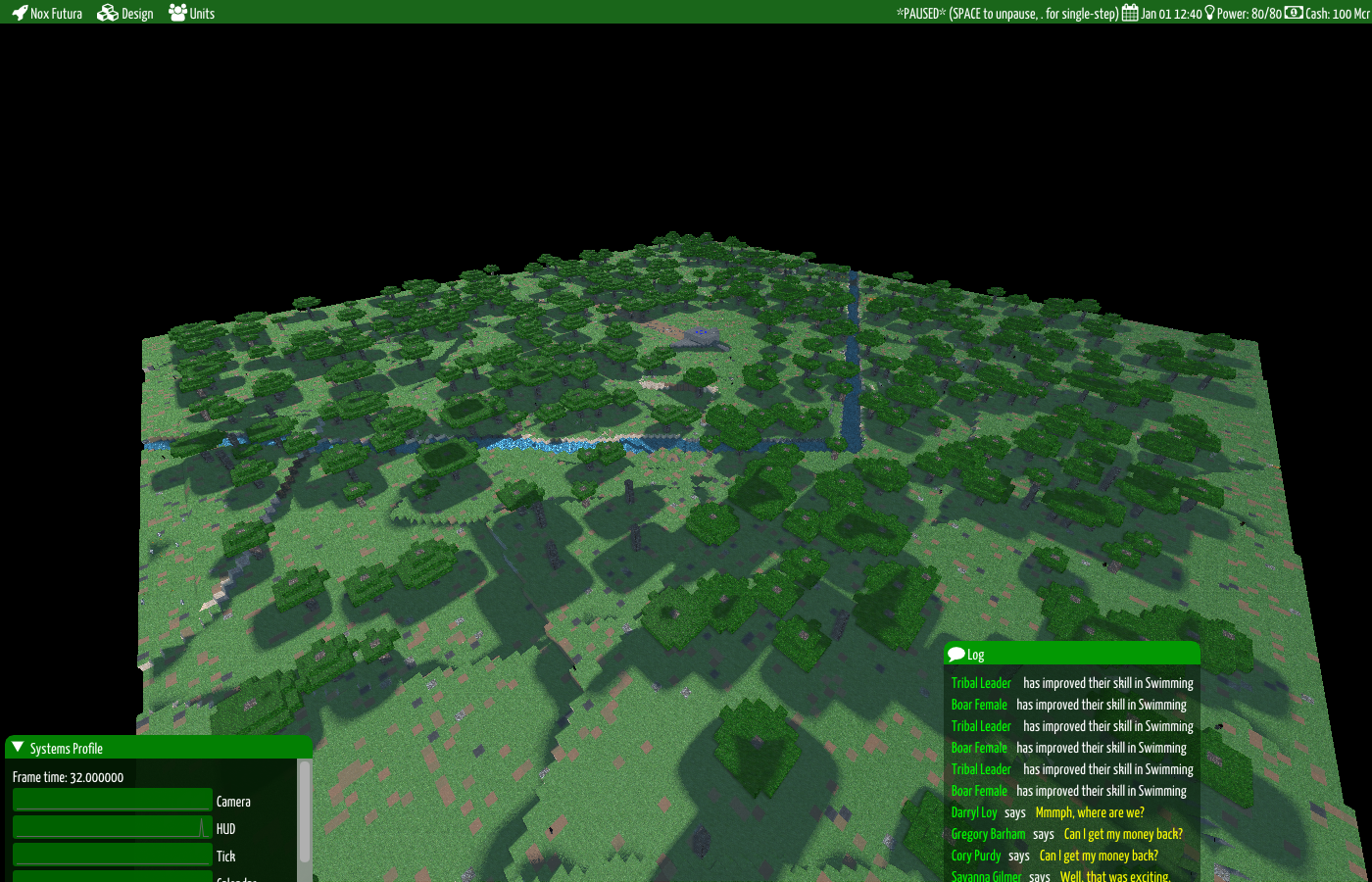 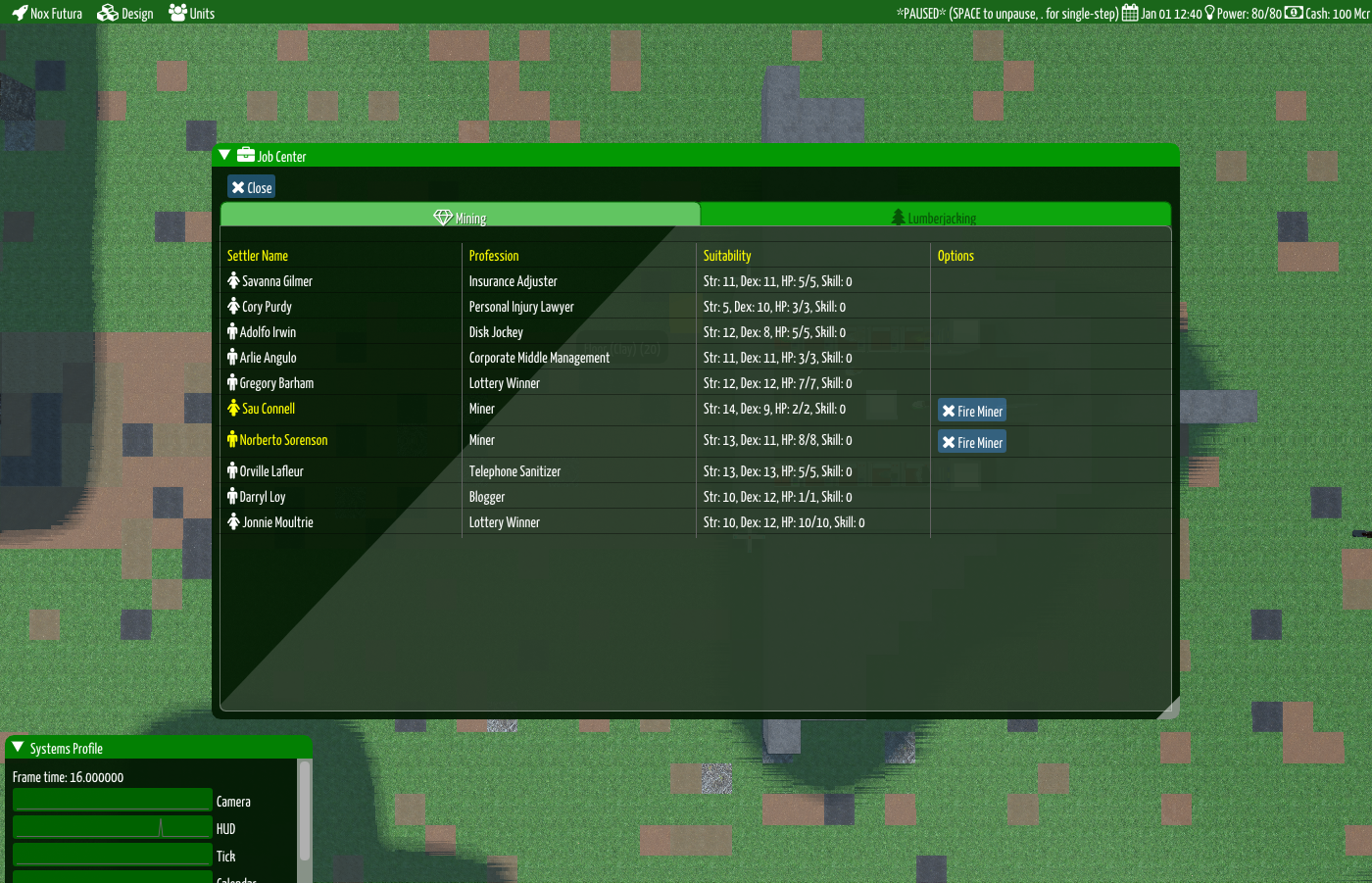 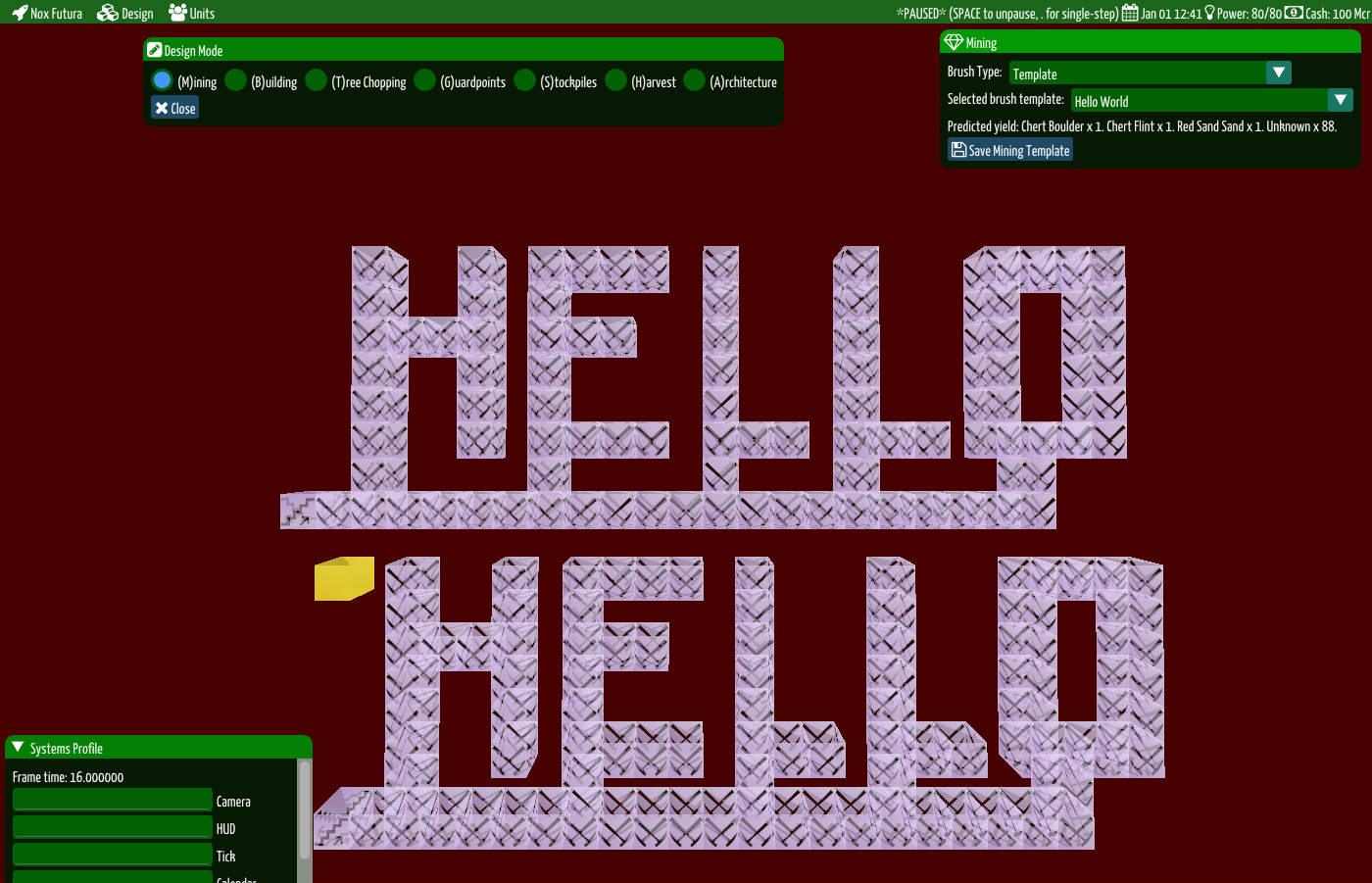 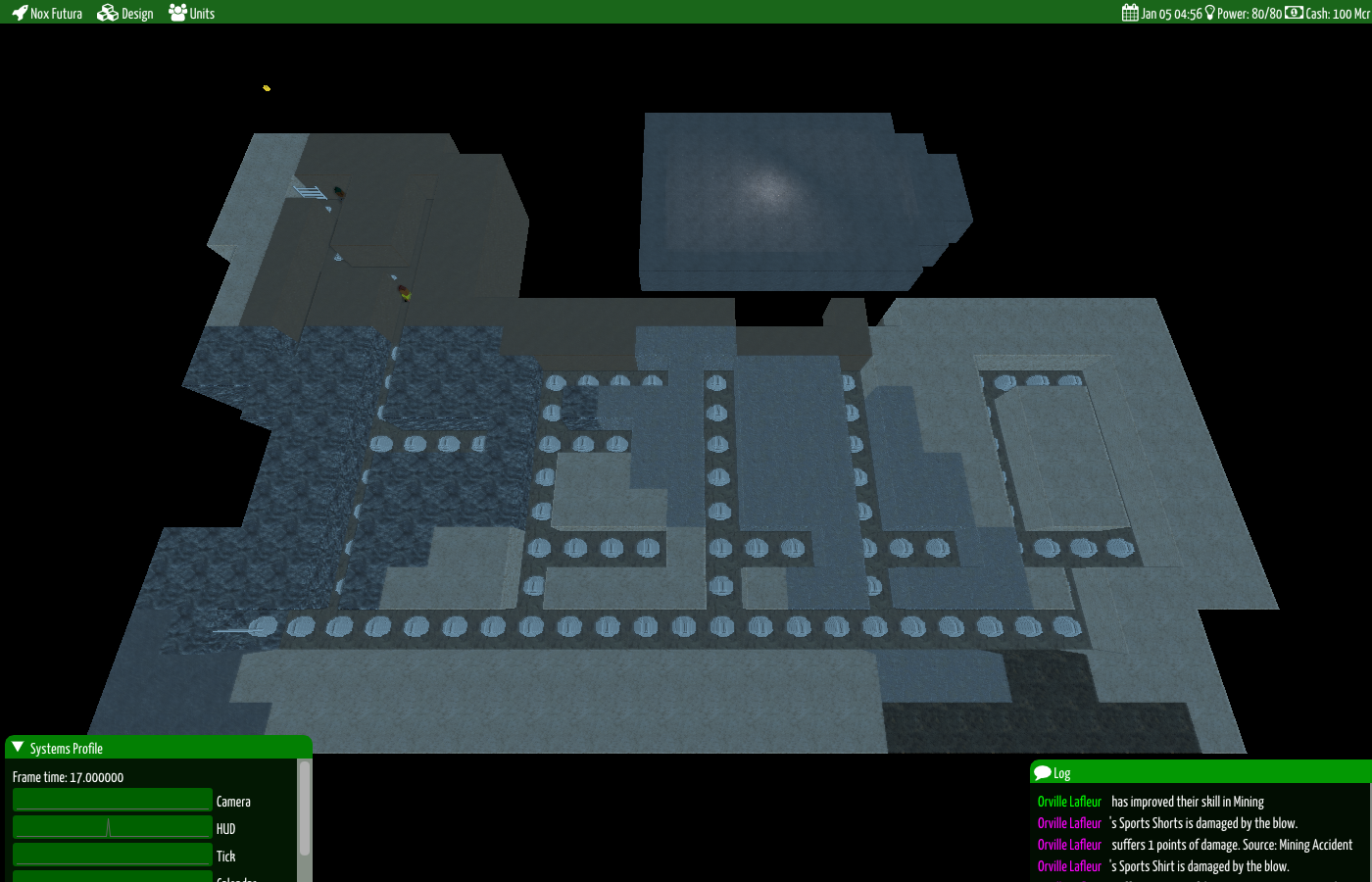 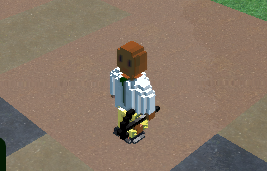 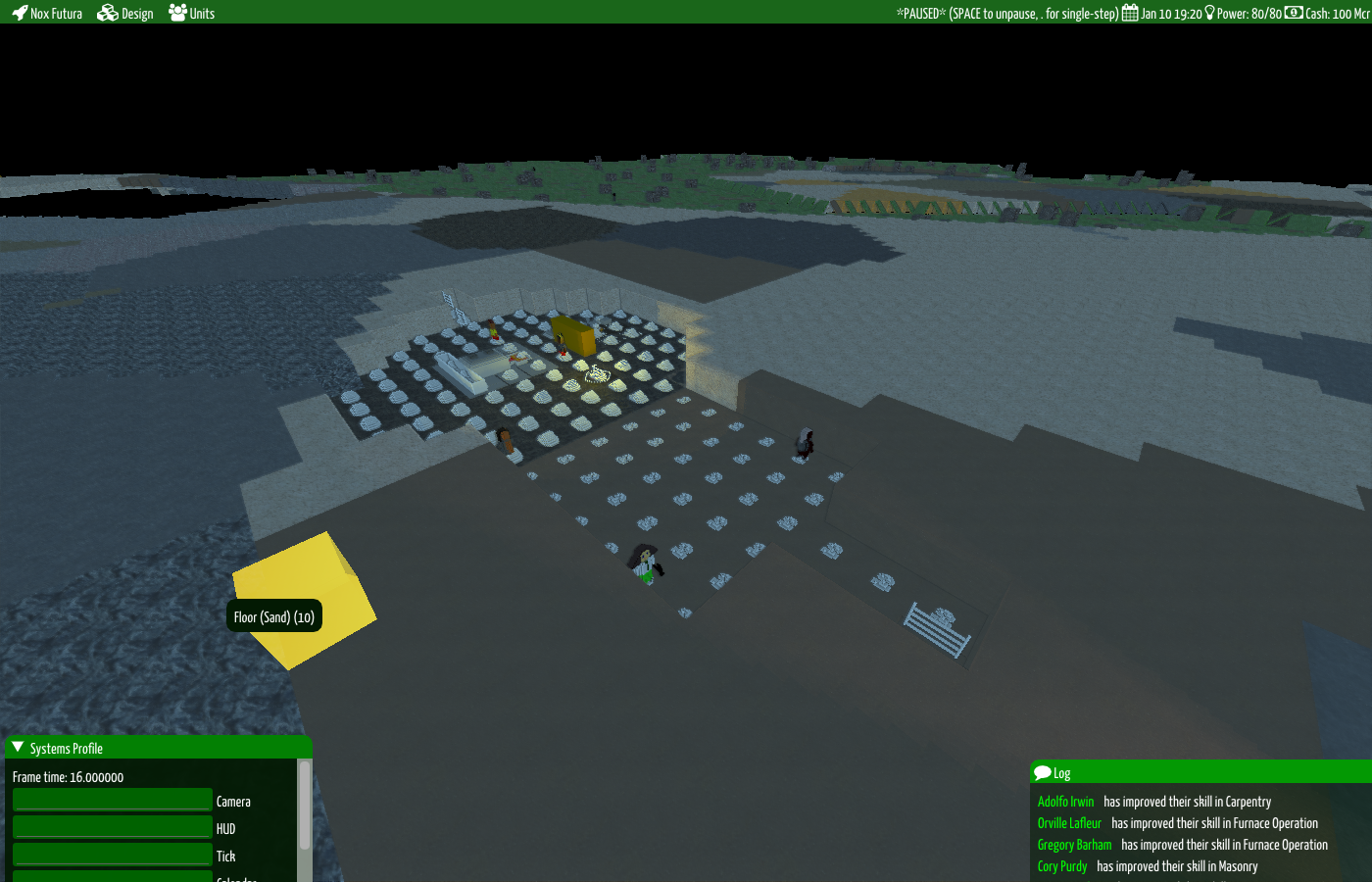 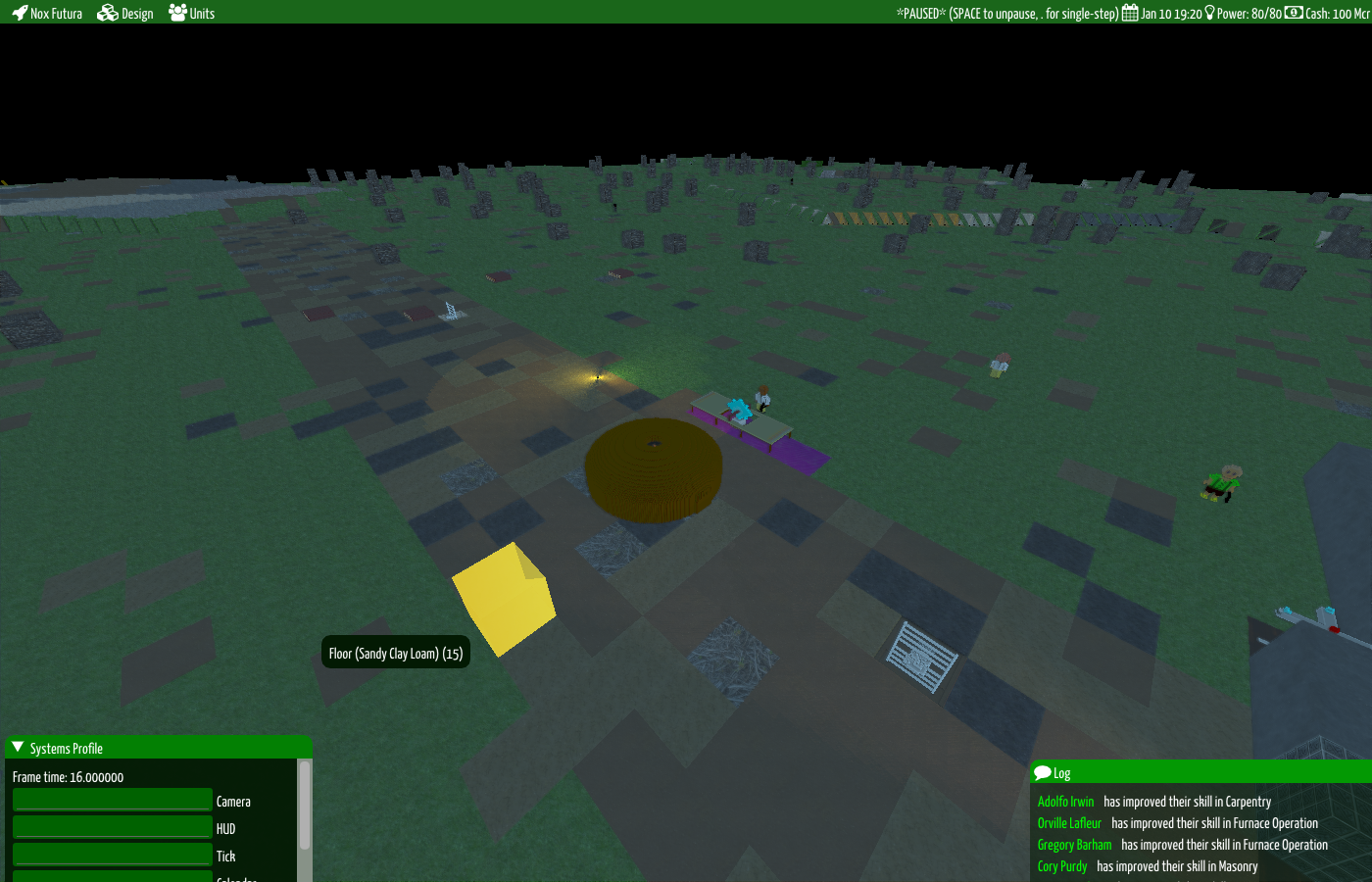