My Nox Futura work this week has been relatively scattered; the last couple of updates exposed a *ton* of functionality, so now I'm catching up on bugs and missing features that have been exposed as a result. It's slow going, but very satisfying. It's also led to some hillarious bugs.

Balance/play questions are coming up, so I'd appreciate some input; when playing a Dwarf Fortress type game (in Fort mode), would you rather the game move *fast* so you can accomplish a lot without needing a ton of coffee breaks, or a more realistic building speed? I'm leaning towards the former, but it is quite unrealistic that you can get a functional settlement going in a couple of weeks of game time. On the same vein, I'm wondering how fast plants should grow? Currently, they are pretty slow (faster than real life, but not super-fast). DF has *really* fast farming, and I'm wondering if I shouldn't do the same in the name of not boring players to death. I often find myself using DFHack to enable "super dwarf mode" just to get projects done in a reasonable length of time.

The fixed view area makes greyscaling areas you can't see much nicer. It's only partly grey; allowing some color in made the effect much more pleasant. 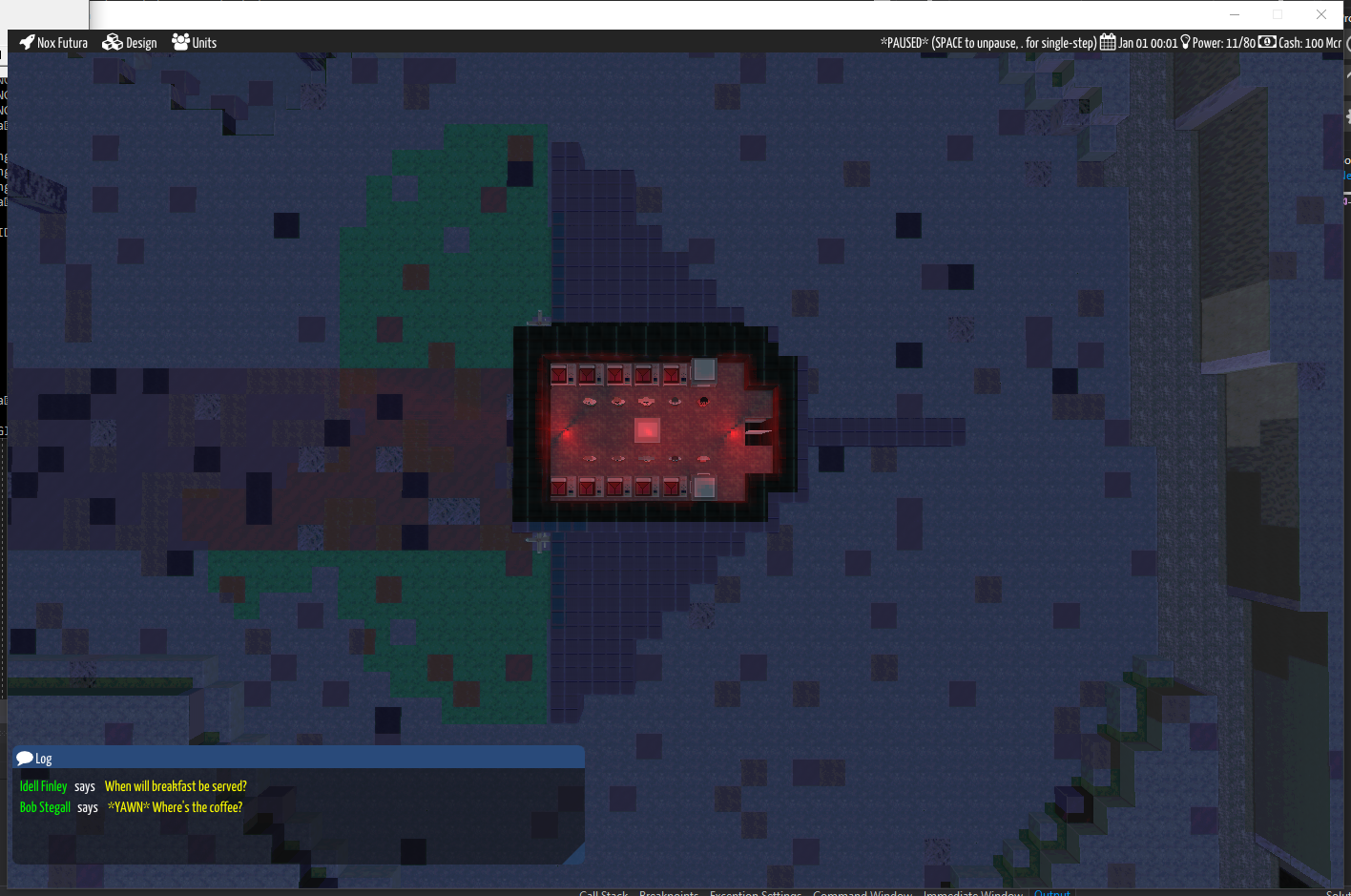 I had an ant-monster horde on the other side of the river, so I setup a trap corridor and completed the bridge and the invasion began. We all died, but the traps took a good number of ants out on the way. It also exposed the limitations of the current "flee in panic" code.

The current (horrible!) interface for setting what a lever does: 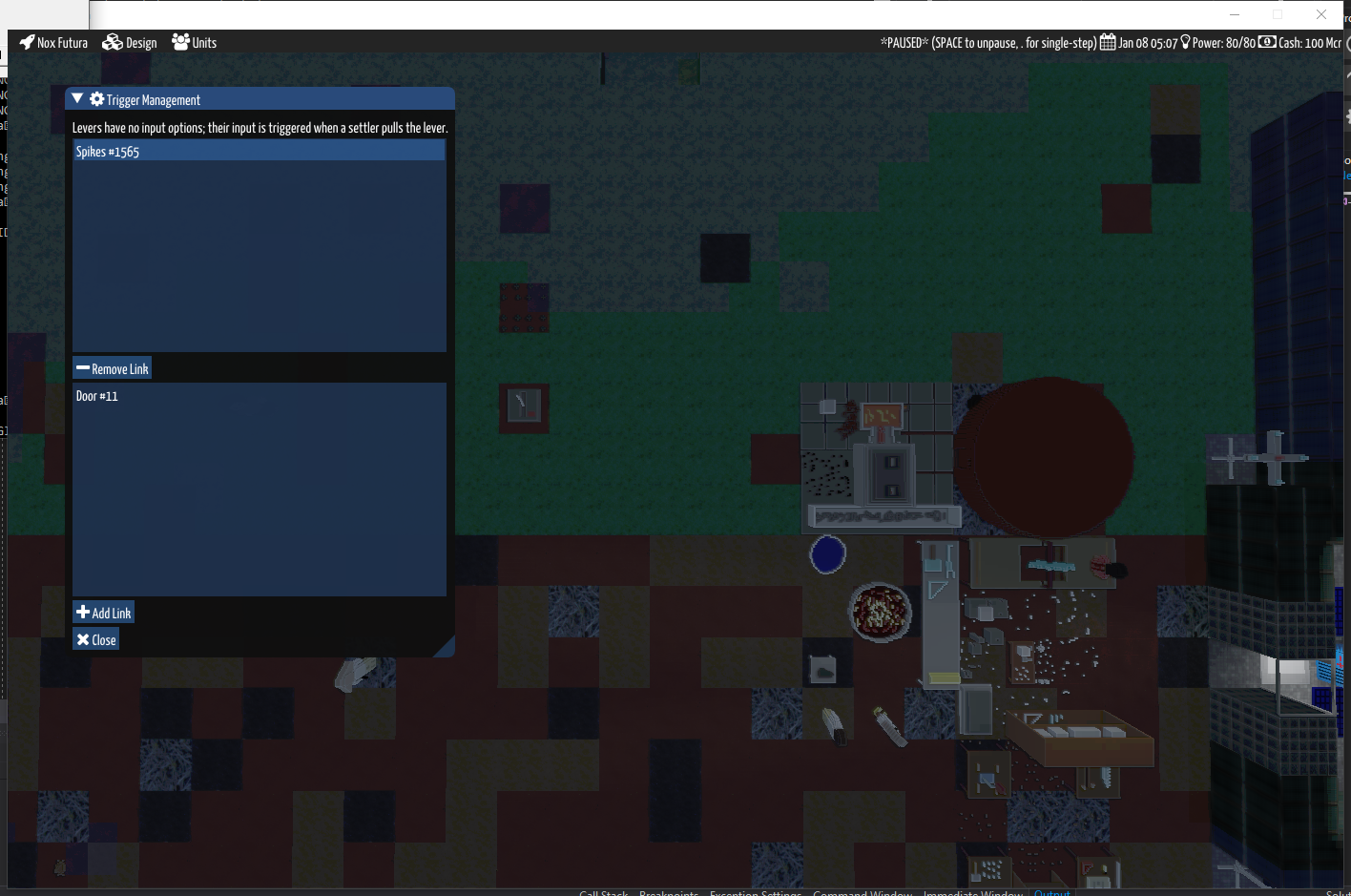 Pull the lever, and the spikes retract: 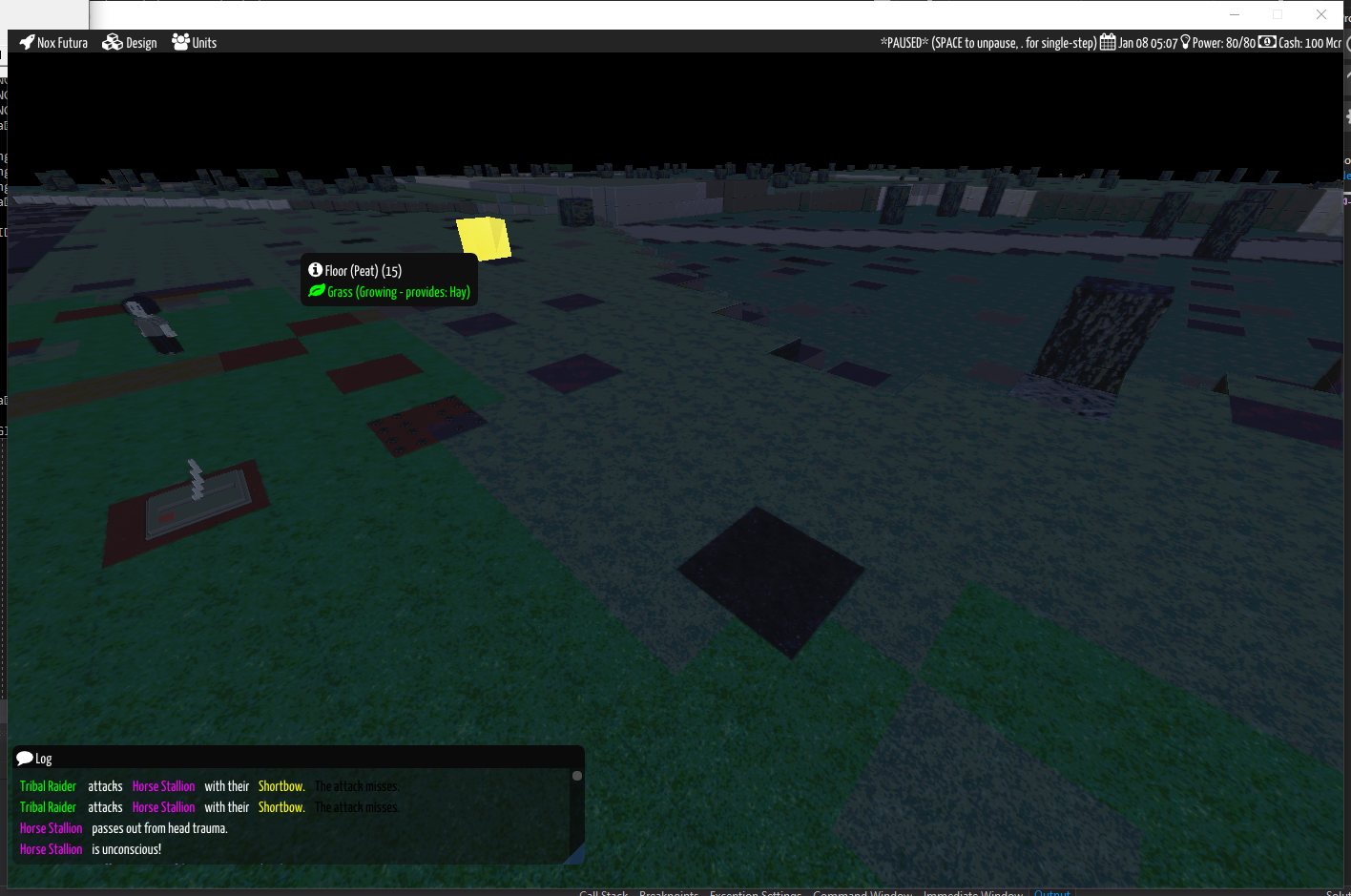 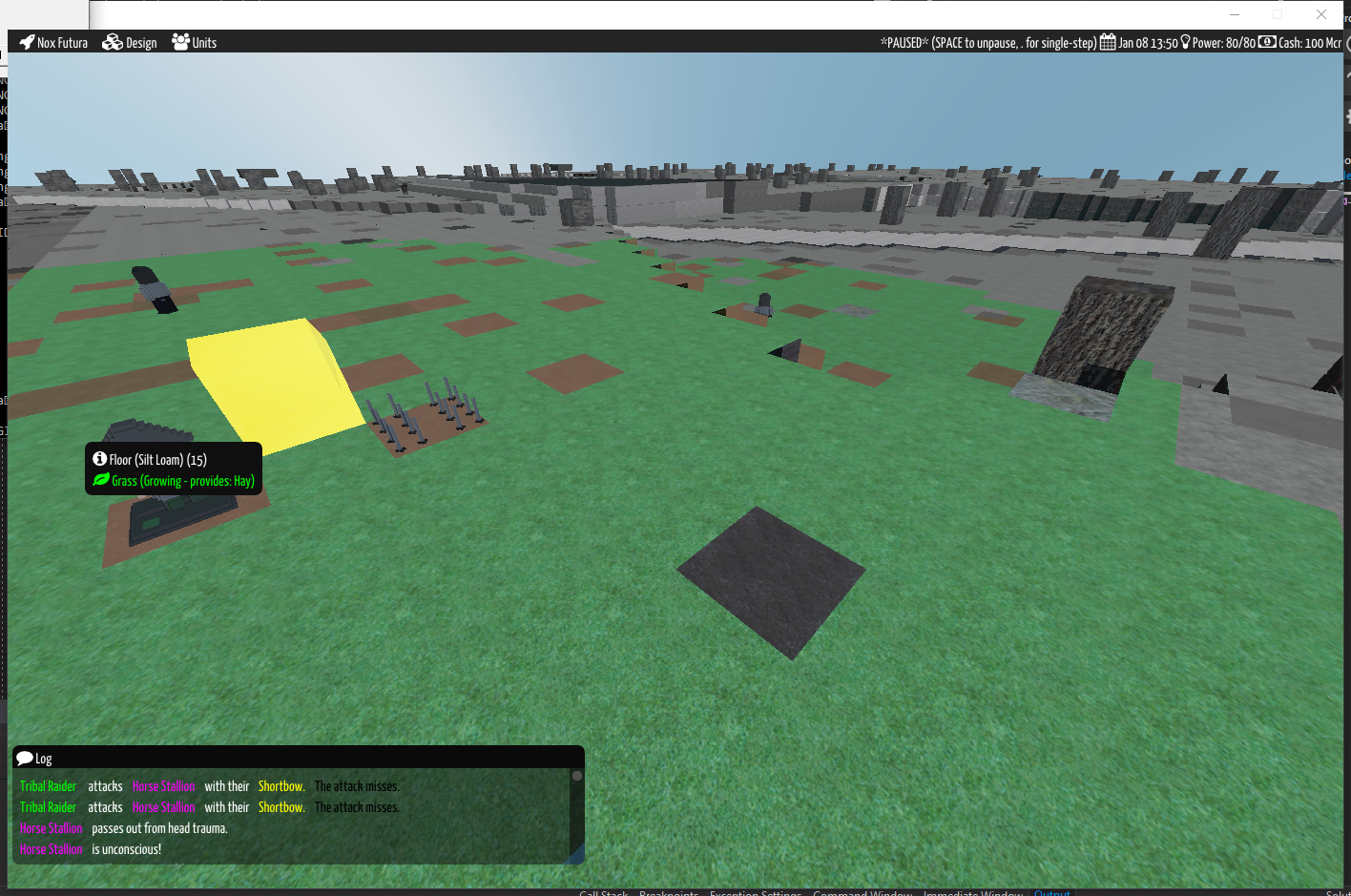 The main ship door can now be open: 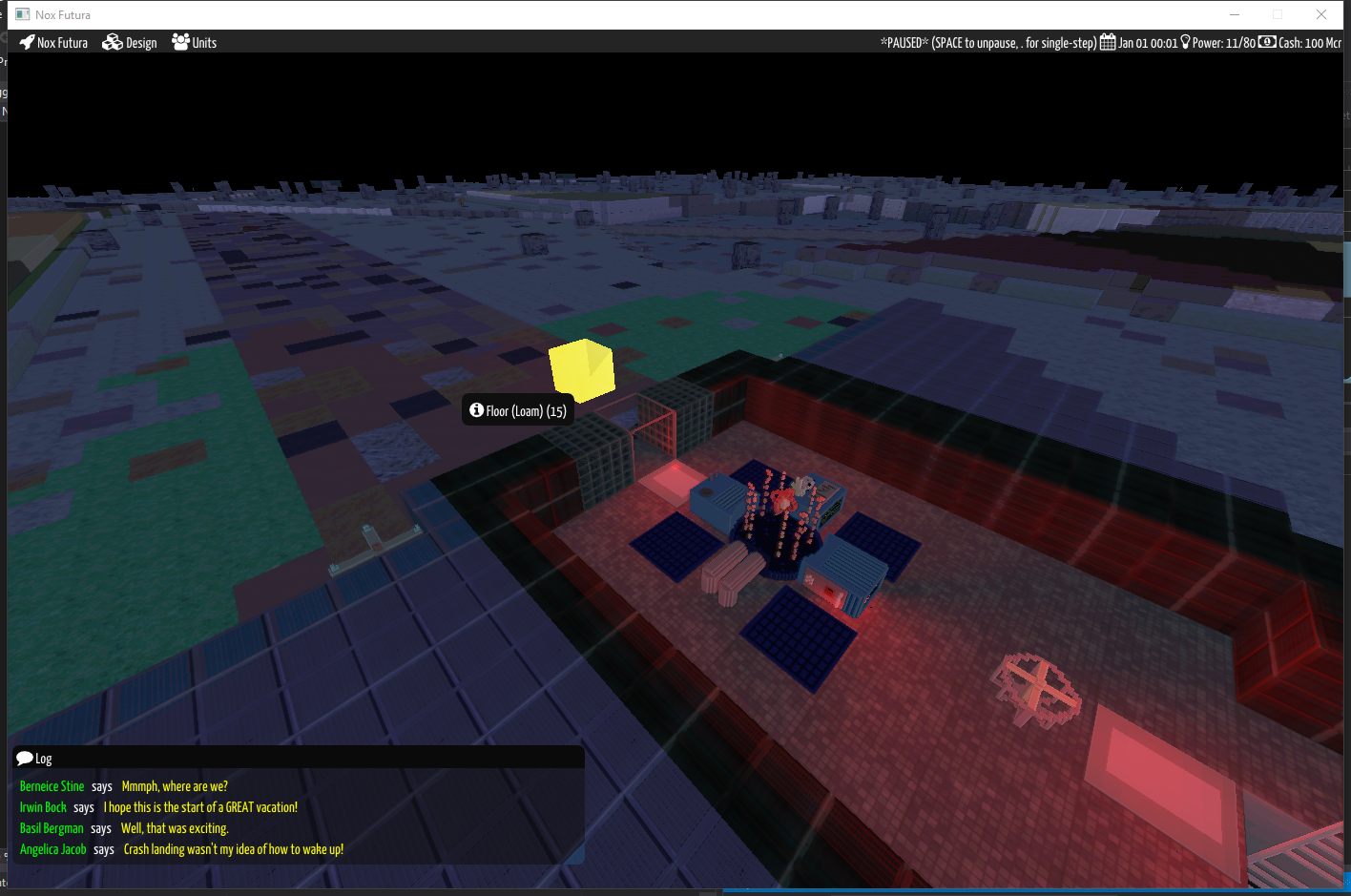 Or it can be closed: 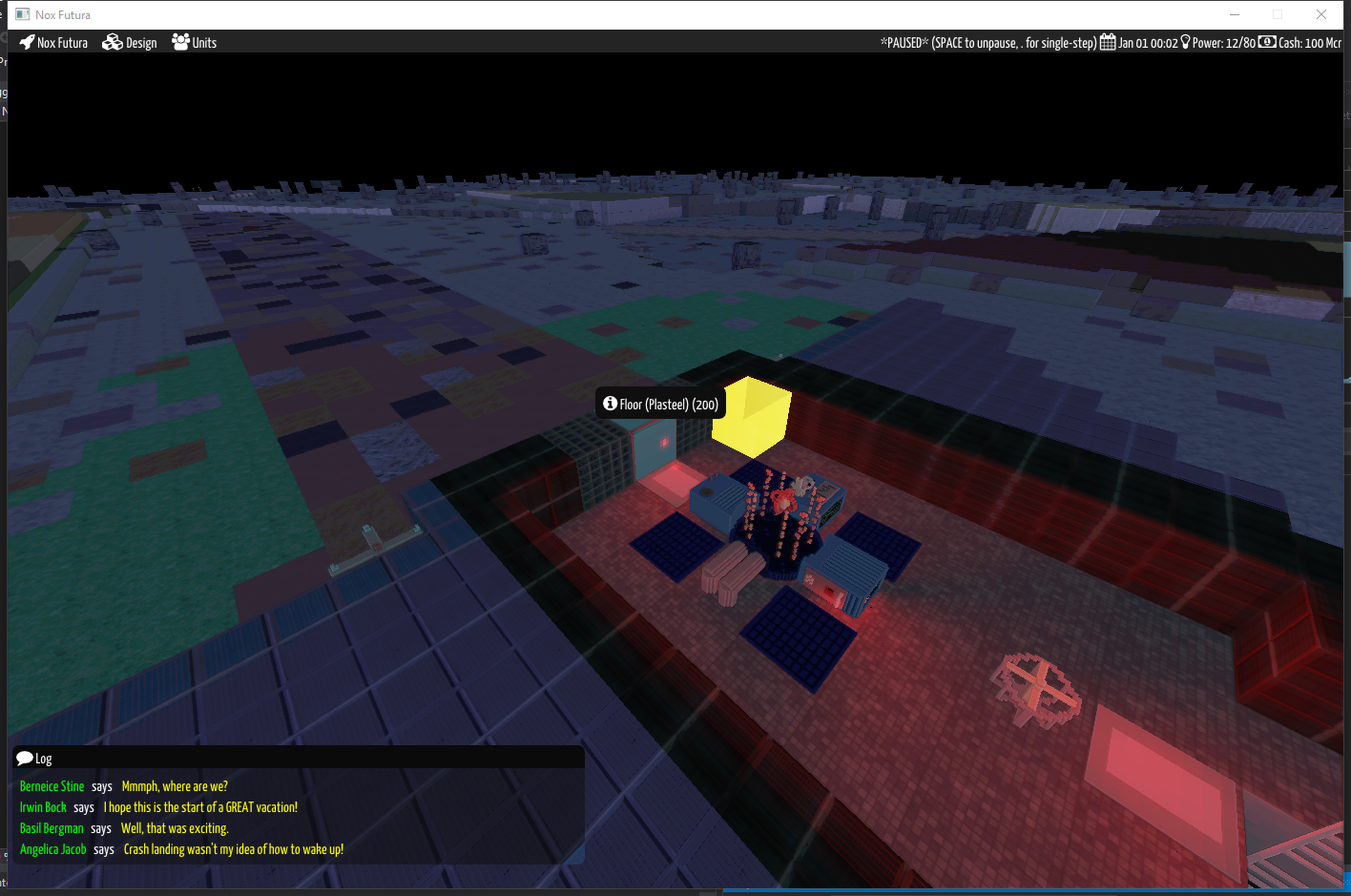