Build 10 is live! This build has a lot of changes that make the game run better, and should put me on a good footing to finishing up the content.

The forest in particular looks better, with greatly improved foliage and trees. The HUD has been rearranged to give room for lots of skills, and with some minor performance enhancements. Logging (and more importantly its display) has been sped up by a factor of 100, due to a silly mistake in my old code. Overall, I think you'll find it a much more enjoyable experience.

The Dijkstra mapping system is now multi-threaded, and will take advantage of how ever many cores you have. This has sped up some of the game by a huge amount, particularly reducing the lag when changing levels.

For some time, I've avoided putting game logic into Lua. I thought, "well, that'll be too slow". So skills ended up as a ton of  C++ code, with lots of duplication, and it could be quite a task to add new ones. With this build, this has changed - skills are now entirely defined in Lua, with a DSL (Domain Specific Language) to make their implementation easy. Here's an example:

That's pretty self-explanatory. So now you can add/edit skills out of the box, without needing to touch a C++ compiler!

Some screenshots of the new graphics 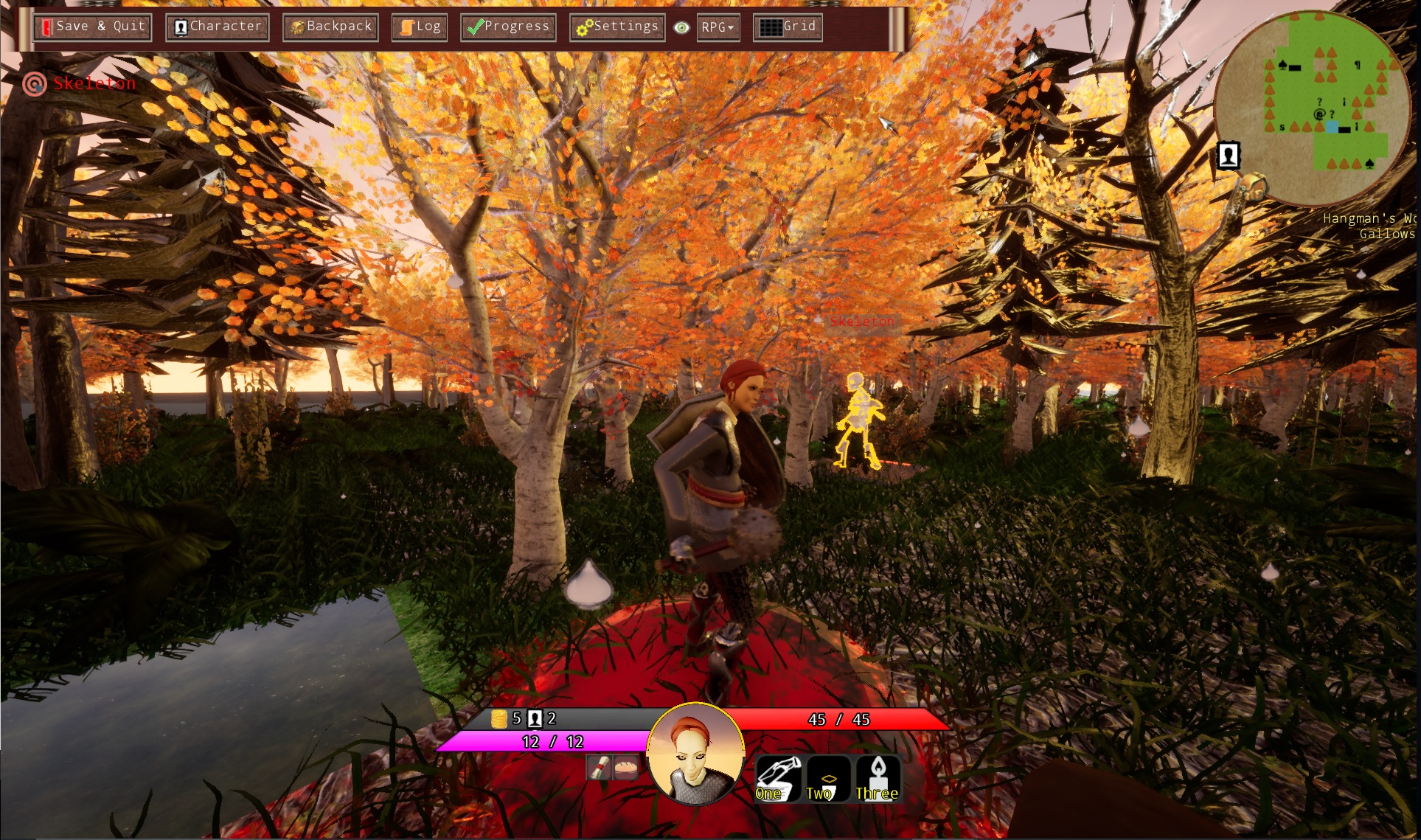 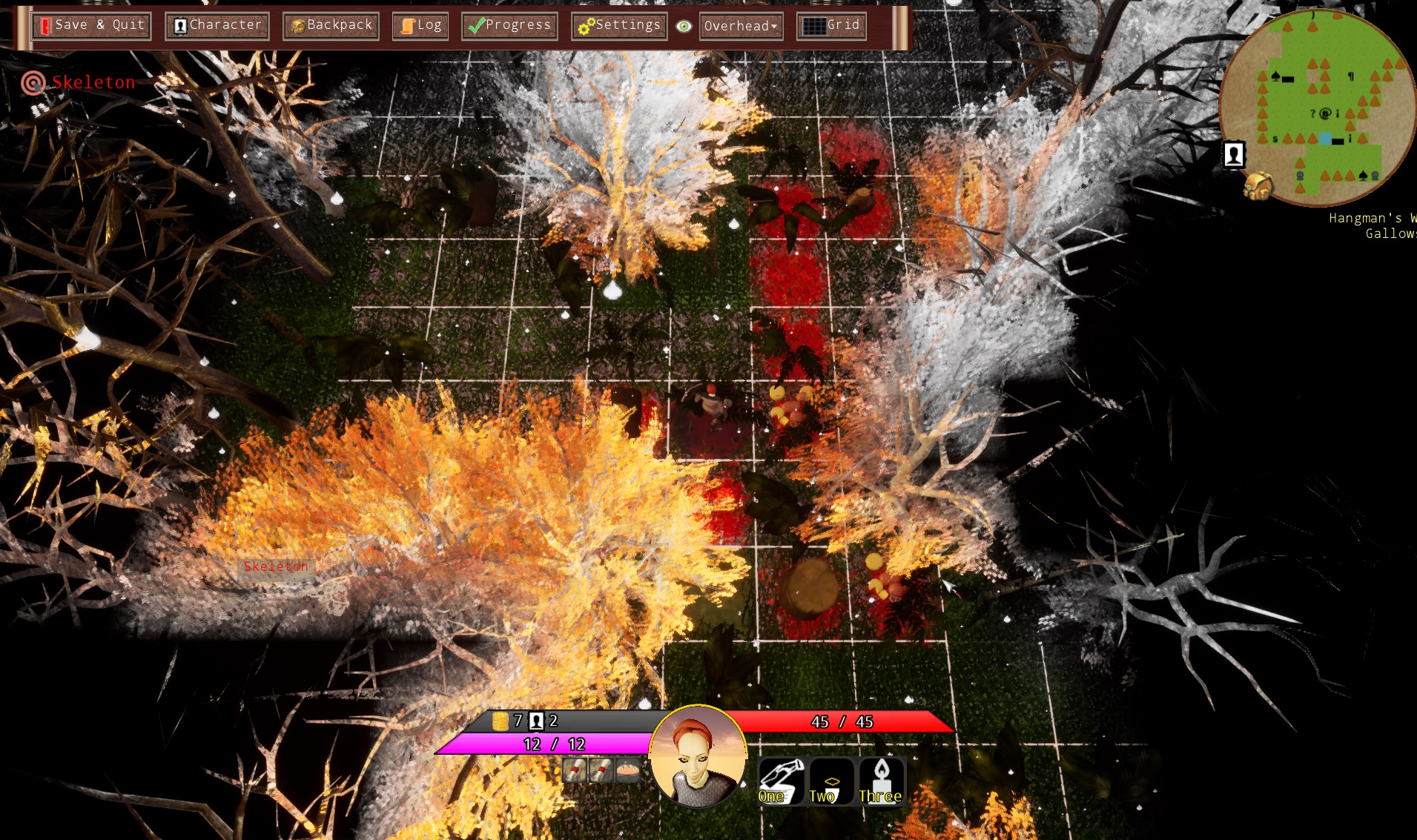 And the improved HUD: 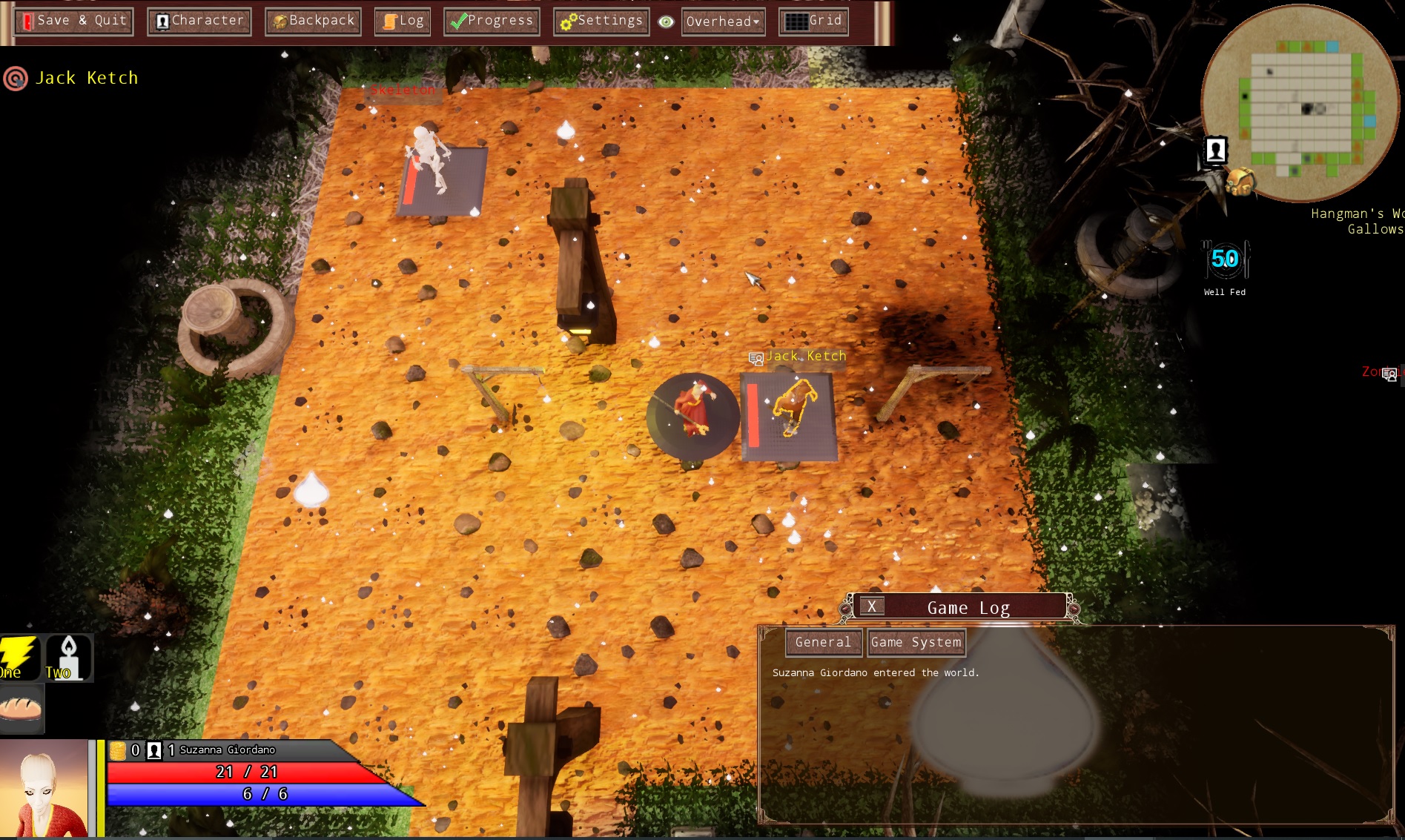