This has been a really productive week, and we're definitely racing towards Alpha! There's a full set of screenshots for this build up on Imgur.

Previously, NPCs had always had a strict list of skills - defined in Lua. This was leading to a lot of redundant typing, and made things very predictable - e.g. an axe-wielding Merryman would generally go for your legs. So I added a new tag to the raws, BasePackage. When the spawner sees that tag, it looks up a starting package for the that class and applies it. It then spends skill points (based on level, just like the player) from the tree in a semi-random fashion - *heavily* favoring children of skills it already has. Since there are quite a few skills per tree, this leads to much greater variety.

It also both helps and hinders balance; it hinders in that I don't know for sure what a mob will do now. It helps in that it pushes me towards balancing the skills better by where they are in the tree.

So, combined with other elements, NPCs are really quite dynamic. Their equipment starts static, but they will equip any good loot with which they spawn (from various loot tables). If they have AllowStatVariation set, then attributes can be +/- a few points. If they have Variants defined, then they can spawn with different equipment and starting skill packages for each variant. So a relatively small description can give a big variety.

Ferny Ham, the first branch, is 95% complete. It needs a little more balancing (particularly towards the end), but it's working - and starting to look pretty good. This is a branch - so its optional. Completing it turns off the hunger clock (because you now have access to the halfling supply chain). Thematically, it's a "run the gauntlet" series of levels.

To support the arena, there's a new type of trap: the spinner. It blasts an adjacent tile with fire every turn, with the target tile rotating around it. It's turn-based - no reflexes required - and on a strict schedule. So a bit of observation and timing lets you avoid it (and use it on mobs).

I almost finished fleshing out the damage system. There are a bunch of different types of damage (bludgeoning, slashing, piercing, poison, fire, ice, acid, etc.), and there's a rock-paper-scissors like minigame in which various mobs inflict (or are vulnerable to) different damage types. It takes a lot of work to master for optimal play. I've added in a few effects associated with different damage types (as well as better resistances): 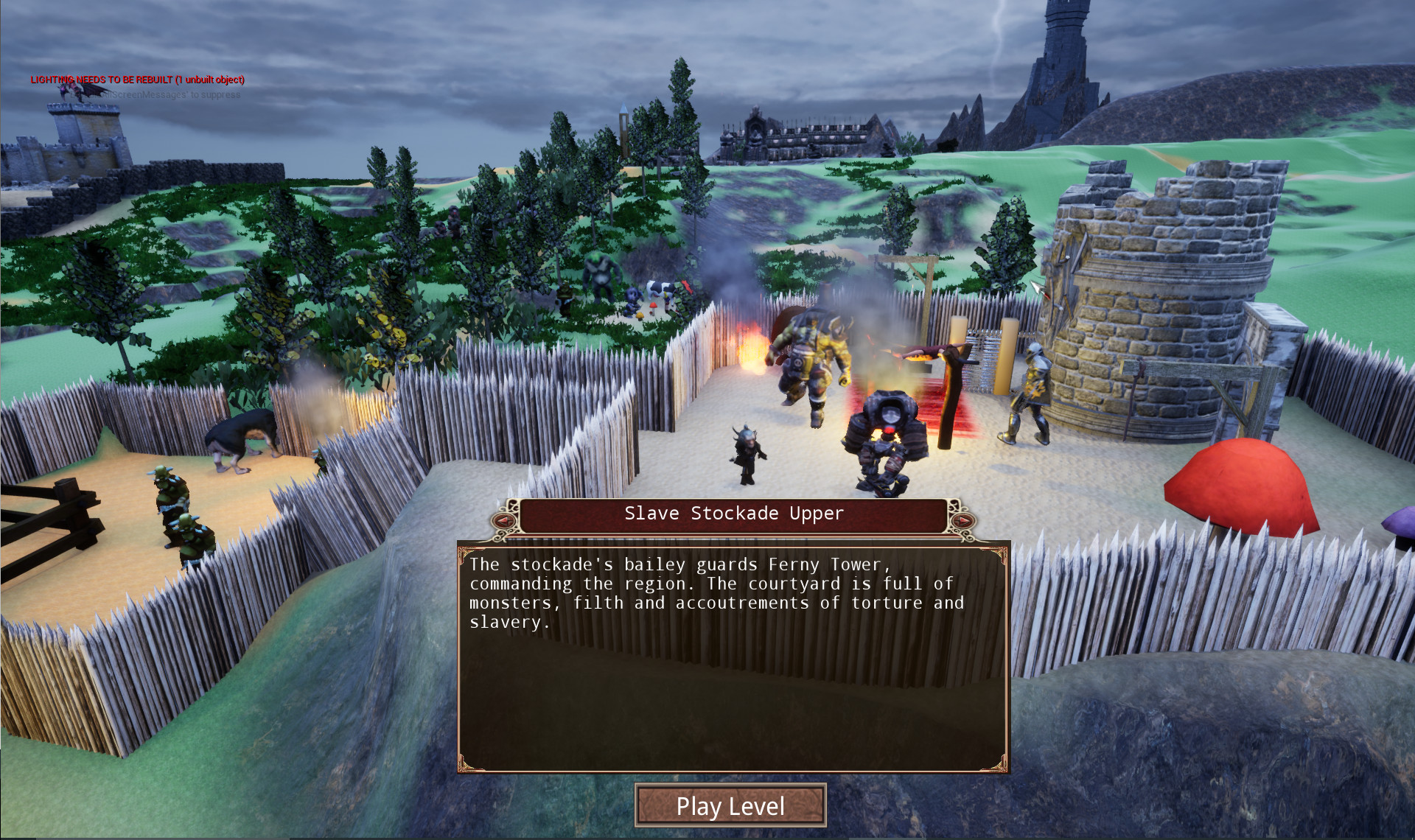 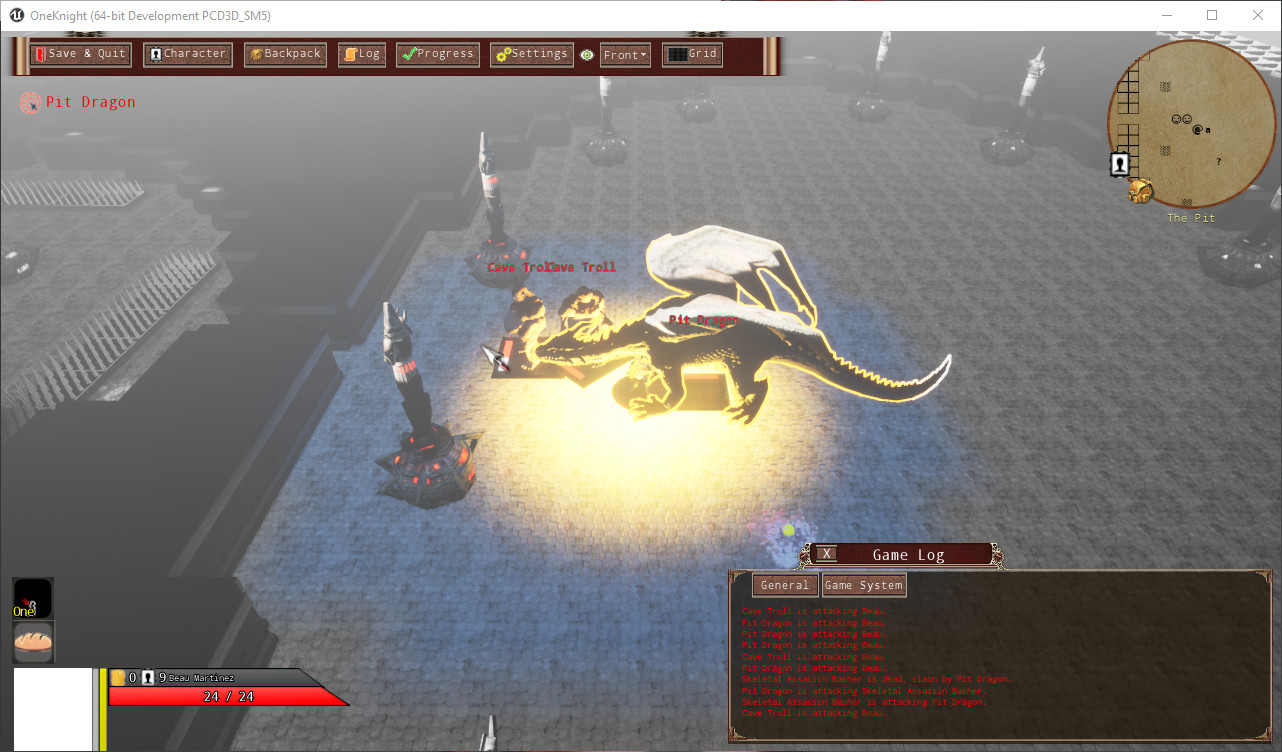